We provide a team who will continually focus on meeting any challenge given. We will work closely with you, delivering excellent service set by our own high standards based on these four values: safety, expedient decisions, proper and timely documentation, and constructing the project the right way.

Each inspector in our discipline is appropriately certified in all categories and required software. BLN technical staff can also assist our field teams as needed. 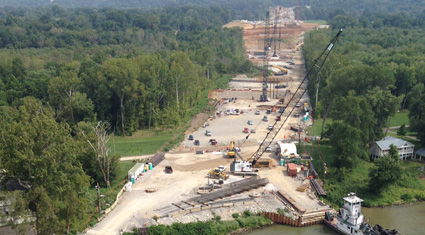 BLN has been involved in the project almost since the beginning—decades ago. BLN assisted INDOT and the Indiana Finance Authority with the construction inspection, design review, and environmental review for all three sections of the East End Crossing. The project included a new six-lane northbound bridge, spaghetti junction (I-71, I-65, and I-64), secondary roadways and bridge approaches in Indiana, and rehabilitation of the I-65 Kennedy Bridge, which has six lanes southbound. This project has received numerous awards, including an Engineering Excellence Award from the Consulting Engineers of Indiana, the Top Project Start by ENR Midwest and Project of the Year by the International Right-of-Way Association (IRWA). 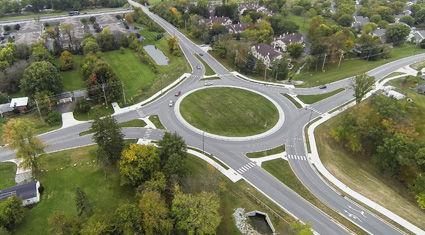 BLN completed the construction inspection of this intersection into a new roundabout. The new roadway is two lanes wide with a large center circle to accommodate a landscaping package. This project won an ACEC Merit Award. 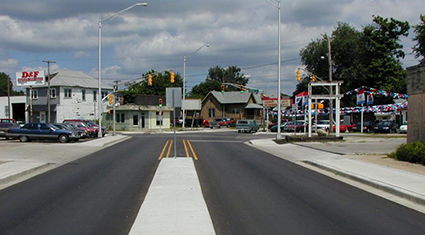 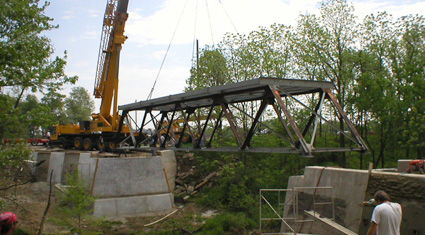 This project was for the steel deck truss rehabilitation for Newton County Bridge No. 57. BLN's work included the inspection, preparation of the TE Funds application, bridge condition report, detailed plans, and specifications, and construction inspection. Design services included the development of a bridge rail that was aesthetically similar to the original rail but incorporated modern safety features and the use of riveted connections to maintain the bridges historical appearance. Extensive environmental coordination was required. 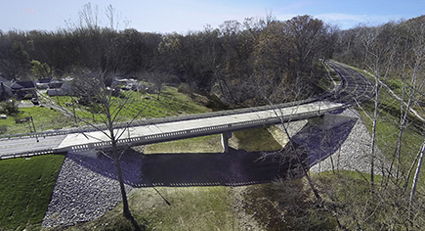 This project included the replacement of Stinesville Road over Jacks Defeat Creek bridge. It also included the replacement of the existing two-span bridge with a new two-span structure on a similar alignment. The proposed bridge consisted of a two span (89 feet – 89 feet) continuous composite prestressed concrete bulb–tee beam bridge with a concrete deck. An MSE wall was built around a precast concrete box culvert carrying the existing Pogues Run through the project. The MSE wall was used at the west abutment to reduce the bridge length and reduce project costs. 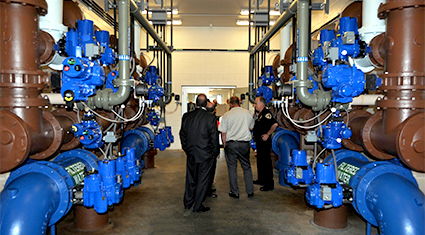